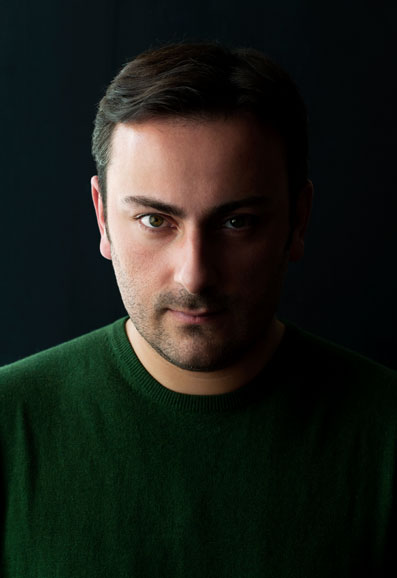 Hello! My name is Cenk Sönmezsoy (jenk sun-mass-soy). I’m
an author, photographer, and food stylist based in İstanbul.

After graduating from college, I moved to San Francisco,
earned my MBA degree and started working at a high-tech
PR agency. On realizing that I’d rather eat glass than
sit through another client conference call discussing
another “groundbreaking” product, I returned to Istanbul.

There, in 2006, I started a food blog that grew bigger and
faster than I ever could have imagined. My blog, Cafe Fernando,
published both in English and in Turkish, has been cited as
one of the “World’s 50 Best Food Blogs” by The Times of London.
Saveur magazine named it “Best Culinary Travel Blog” in 2010,
awarded the brownies I designed for Dolce & Gabbana as
“Best Original Baking and Desserts Recipe” in 2011 and
“My Chez Panisse Experience” as “Best Piece of Culinary
Writing” in 2012.

I ditched the corporate world in 2010 and began work on
my first cookbook. “Cafe Fernando – Bir pasta yaptım, yanağını
dayar uyursun”, published in June 2014, became the bestselling
cookbook in Turkish history and was awarded Best in the World –
First place at the 2015 Gourmand World Cookbook Awards and
Best of the Best – First place among the first-place winners
of the last 20 years at the Gourmand World Cookbook Awards.

The English-language version of my book, “THE ARTFUL BAKER:
Extraordinary Recipes From an Obsessive Home Baker”, was
published by Abrams on October 17, 2017. I work freelance as a
photographer and food stylist.